Home » News » Trade fairs and events » Texprocess and Techtextil in 2013 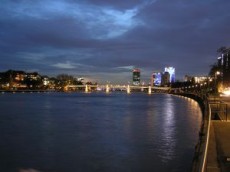 The second edition of Texprocess will take place from 10 to 13 June 2013 in Frankfurt am Main. This means that this show will end at the same time as Techtextil, which is being held in parallel from 11 to 13 June 2013.

Detlef Braun, Member of the Executive Board of Messe Frankfurt, comments: “After the successful début of Texprocess in May 2011, we are now on our way to a second show. Of course, we are retaining it as part of the tried and tested double bill along with Techtextil. The sector’s response to this innovative trade-fair duo has been overwhelmingly positive. Only with regard to the dates, did both exhibitors and visitors express a wish for the two trade fairs to finish rather than start on the same day. So it is in response to this that we have changed the sequence of dates.”

Meanwhile, the registration process has now begun. Interested companies can sign up for the next trade fair under the heading “For exhibitors”. The early-bird rate for early registrations will apply until 30 June 2012.