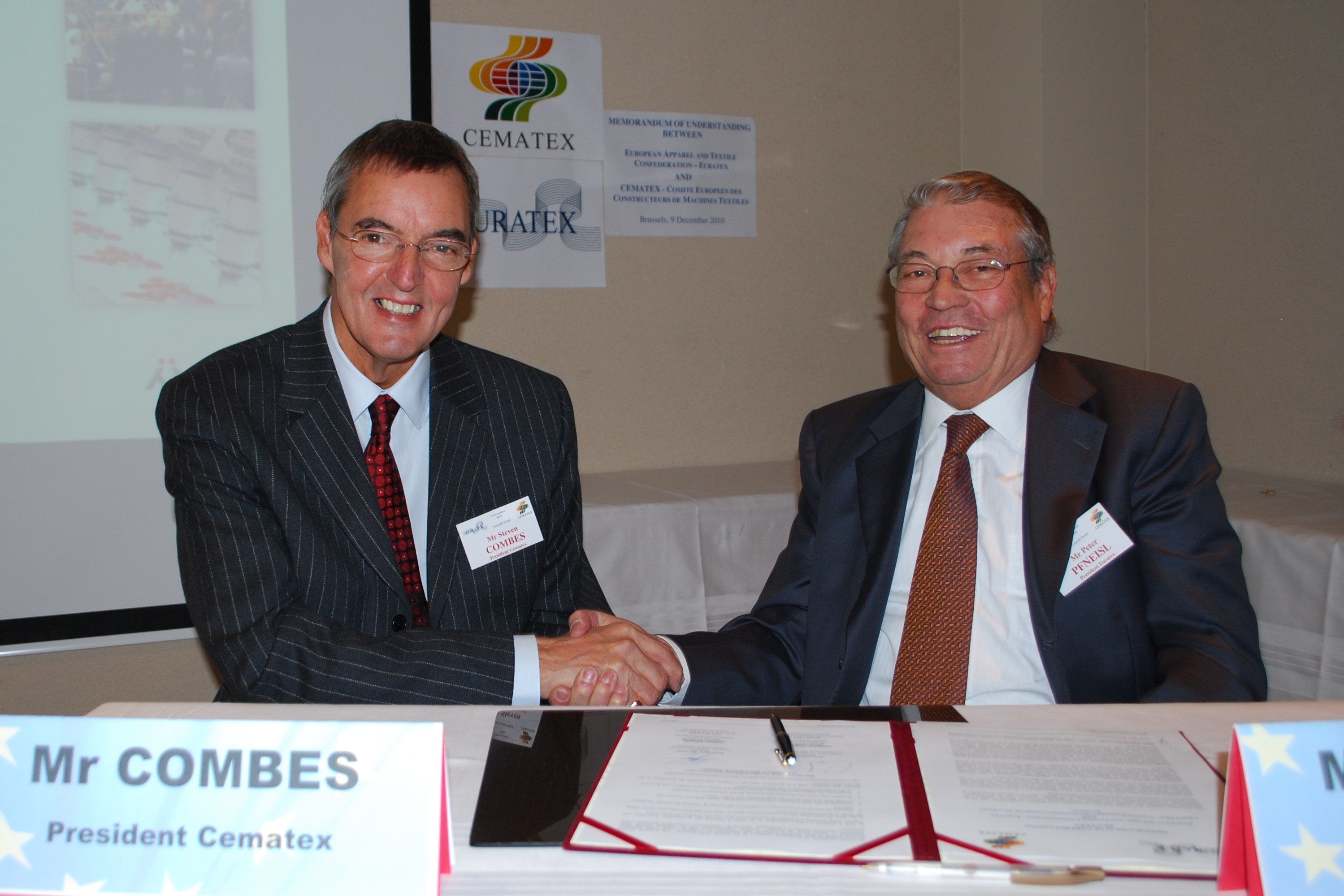 Euratex, the European Apparel and Textile Confederation, and Cematex, the European Committee of Textile Machinery Manufacturers, have signed a Memorandum of Understanding in Brussels. The agreement foresees a stronger collaboration of the two European industry bodies in fields such as research, technological development and innovations as well as the promotion of a positive forward-looking image of both industries with European policy makers as well as the general public.

In the presence of representatives of the two sectors, the respective presidents of the two organisations, Dr. Peter Pfneisl (Euratex) and Stephen Combes (Cematex) highlighted in their speeches the growing importance of research and technological innovation for the European textile, clothing and machinery industries for maintaining a competitive advantage in the global competition, cited several examples of past joint actions between the two industries and outlined concrete plans for future activities.

Joint activities
One of the first planned joint activities will be the organisation of a European Textile Research Pavilion at the upcoming ITMA exhibition which will be held on 22-29 September 2011 in Barcelona. Owned by Cematex, the showcase will demonstrate to exhibitors and visitors, including a European Commission delegation, that Europe remains the hotbed for leading edge textile materials and technology research in the world.

By offering an attractive 60th anniversary grant to exhibitors from research and education establishments, Cematex makes an important contribution to the attractiveness and diversity of this European textile research showcase.